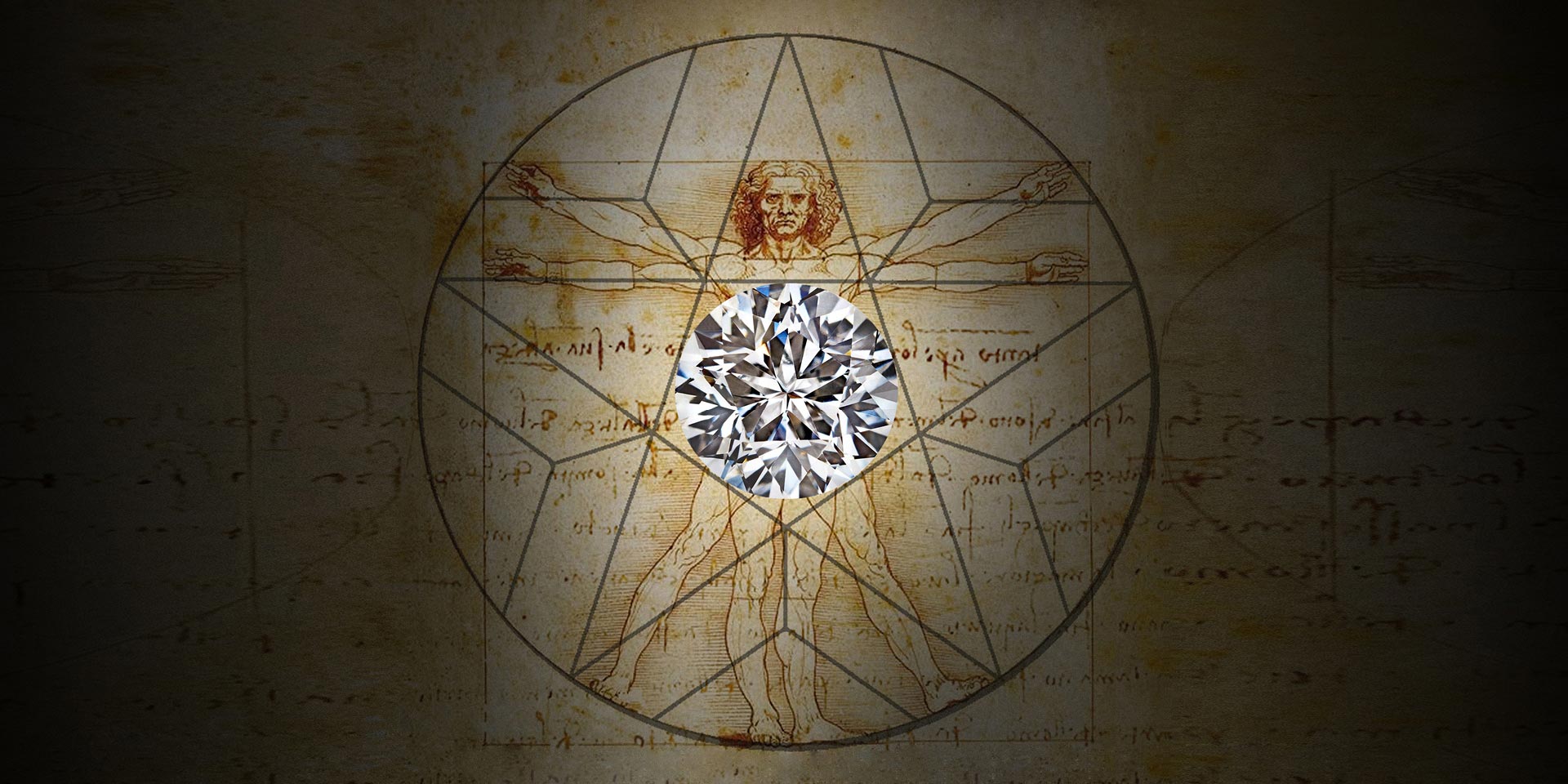 Human perception shows an instinctive gravitation towards designs built with the golden section, a mathematical formula universally considered to depict natures’ beauty.
The concept originated from the De Divina Proportione, Luca Pacioli's book illustrating sixty drawings by Leonardo da Vinci.
The documentation examines the various applications of the golden formula - the mathematical concept on which the cosmic structure is fused (a / b = 1.618).
Leonardo believed that any raw material could be transformed into something extraordinary using this mathematical formula,
approaching the alchemic idea of divine perfection and harmony.

The life and works of Leonardo da Vinci are linked to many legends that still fascinate us, as the importance of his work surpasses time.
The studies and ideas of the Tuscan genius are still applicable to everyday life, so much so that the creation of the Da Vinci Cut,
a diamond cut based on his drawings and this mathematical formula, came to life 500 years since his departure from this world.

As destiny determined, one afternoon Mr Bobak Nasrollahi Moghadam was leafing through Leonardo da Vinci’s
drawings made for Luca Pacioli ‘De Divina Proportione’, and something struck him.

The perfect designs of the solids, designed using the golden proportion,
stimulated in the entrepreneur the idea of applying the same mathematical formula in cutting a diamond.

So he ran his experimentation on a rough gem, cutting it following the trace of the drawings of Leonardo's polygons.
The diamond started to take shape and the unique mathematical dimensions led to a cut with the standard 57 facets,
but the brilliance and beauty omitted from the diamond is nothing short of astounding.

The Leonardo Da Vinci Cut is defined by it’s unique pentagonal table with a kaleidoscopic effect of three stars visible to the naked eye,
something that does not happen in classic cuts that often require a special lenses to see the diamond design (such as with "hearts and arrows").

When the diamond is compared with stones of the same characteristics but cut in the traditional method,
it is clearly visible to see how the Leonardo Da Vinci Cut diamond appears bigger and brighter.
Additionally in measuring tools normally used to verify diamond characteristics,
it exceeds the so-called "Ideal" level in brightness. Each facet expressing the utmost brilliance that by joining and multiplying with the others,
makes the Leonardo Da Vinci a diamond cut that shines with incredible light and beauty.

A Diamond for Generations

What are you looking for?

Your wishlist is empty

Your cart is empty